Do Animals Have Emotions?

Home » Do Animals Have Emotions? 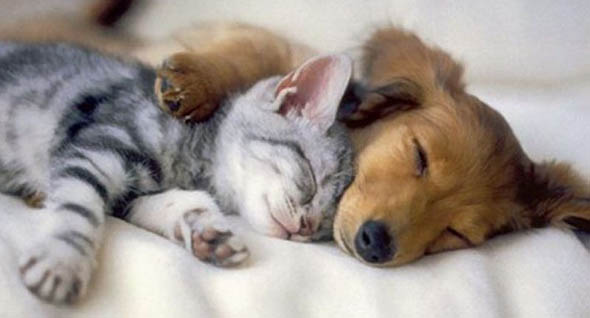 Today, most scientists agree that all vertebrate animals — mammals, birds, reptiles, amphibians and fish — are, to varying degrees, sentient. This capacity to feel encompasses a universe of positive and negative physical and emotional experiences.  In fact Quebec passed a bill that calls animals ‘sentient beings’ instead of property and includes jail time for cruelty.  “Animals are not things.  They are sentient beings and have biological needs.”  Even goldfish don’t escape the proposed rules.  ( http://www.cbc.ca/news/canada/montreal/quebec-bill-calls-animals-sentient-beings-and-includes-jail-time-for-cruelty-1.3102399)   Although this perspective wasn’t always popular the collection of evidence we now have makes it impossible to dismiss.  Prestigious scientific journals publish essays on joy in rats, grief in elephants and empathy in mice and no one blinks.  The question scientists explore today is not whether animals have emotions but why animal emotions have evolved as adaptations in numerous species. They seem to serve as a social glue to bond animals with each another and  somehow regulate a varied range of social encounters among friends and foes.

Although we cannot know for certain what an animal is feeling (for that matter, we cannot know for certain what another human is feeling), we can observe changes in behavior and physiology and infer emotions.  The veterinarians in Richmond Hill often hear of animals experiencing or showing signs of fear or anxiety during thunderstorms for example, or after being separated from an owner, or grief after the loss of a loved one be it a pet companion or bonded human.  It is important to let the veterinarians in Richmond Hill know of any behavior changes as they may be symptoms of what your pet is feeling emotionally or physically.

What dogs are teaching about animal cognition

Because they are so expressive and responsive to us, domestic dogs have become the darlings of research on animal cognition and emotion.  At the Clever Dog Lab at the University of Vienna, you can watch a dog select symbols on a computer screen by touching it with his nose. In another room, dogs place their heads on a chin-rest to watch images projected on a computer screen. These are not purpose-bred “lab dogs,” but happy pets recruited for the studies. The chin-rest apparatus has been used to show that dogs, like us, glance first to the left side of a human face, where our bilateral brains display more emotion. Thus, dogs get a quick read of our moods and intentions. This all happens in a fraction of a second, and like us, dogs probably are unaware they are doing it.  The wag of a dog’s tail also contains subtle cues to their moods. Led by Giorgio Vallortigara of the University of Trento, Italian researchers found that dogs remained relaxed when they saw films of dogs whose tails were wagging predominantly to the right, but they became anxious if the tail wagged more to the left.

At Emory University, scientists are using positive reinforcement to train pet dogs to remain motionless inside an fMRI (Functional magnetic resonance machine), allowing scientists to monitor brain activity while the dogs react to visual stimuli. Preliminary studies show brain reward centers light up when dogs see a hand signal that is normally followed by something good (a food treat), but not for a neutral hand signal.  Similarly, when presented with five scents (self, familiar human, strange human, familiar dog, strange dog), dogs’ brains registered the strongest delight in response to the familiar human. It appears the notion that the dog is “man’s best friend” cuts both ways.  The veterinarians in Richmond Hill use positive reinforcement as much as possible during your furry family members visit to our hospital whether it be in the form of treats or tone of voice or pheromones we want them to be as comfortable as possible during their time with us.  As Fear Free Certified professionals our goal is is to not only look after a pet’s physical well-being, but her emotional well-being as well. We know we must feed the pet’s mind as well as the body.

Perhaps more predictably, baboons also have lasting emotional states. Following the death of an infant, baboon mothers show physiological and behavioral responses that mirror those of bereft women. Glucocorticoid hormones — associated with grief in humans — rise and take a month to subside again, and the bereaved mother monkey seeks therapy by expanding her social network through increased grooming interactions with other baboons.

Body temperature provides yet another window into feelings. Human body temperatures rise when we are nervous or anxious about an approaching event, such as an exam or a competition. A rat, handled by an unfamiliar person, gets warmer by 1° Celsius or more. If the same person returns to handle the rat over successive days, the rat’s thermal response declines, and by about day five, her body temperature stops rising altogether. If, however, a new handler shows up on the sixth day, the rat’s body temperature rises again, indicating that her temperature changes are psychologically based. This so-called emotional fever has also been documented in turtles and lizards.

If you found this blog informative, please share it with your friends on Facebook .  Please call us (905)764-1144 for any questions or search for more articles on our website: www.bayviewsevenanimalhospital.ca

“Your healthy companion is our pride & joy”
Bayview Seven Animal Hospital, a veterinary clinic located on Hwy.7, one block West of Yonge, serving all pets in Markham, Richmond Hill, Thornhill, Vaughan and North York since 1988. We are your family vets for dogs, cats, rabbits, pocket pets and birds.
Disclaimer: No part of this website constitutes medical advice. Readers are advised to consult with their veterinarian.